You already added this video 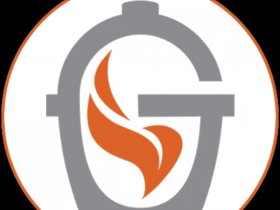 Goldens' Cast Iron, a division of Goldens' Foundry & Machine Company, was founded in 1882 by two brothers: Porter and Theo Golden. Five generations later, three brothers are running the company today. With the craftsmanship and commitment to quality which Goldens' has honed after more than a century of pouring iron, Goldens' Cast Iron is proud to bring you the world's only cast iron kamado grill: Goldens' Cast Iron Cooker. Reimagining its cast iron syrup kettles from the early 1900's, Goldens' has brought out Cast Iron Fire Pits. Visit: www.goldenscastiron.com/

This feature is only available with Huzzaz Pro.

Get Huzzaz Pro to create unique titles and descriptions for your videos.